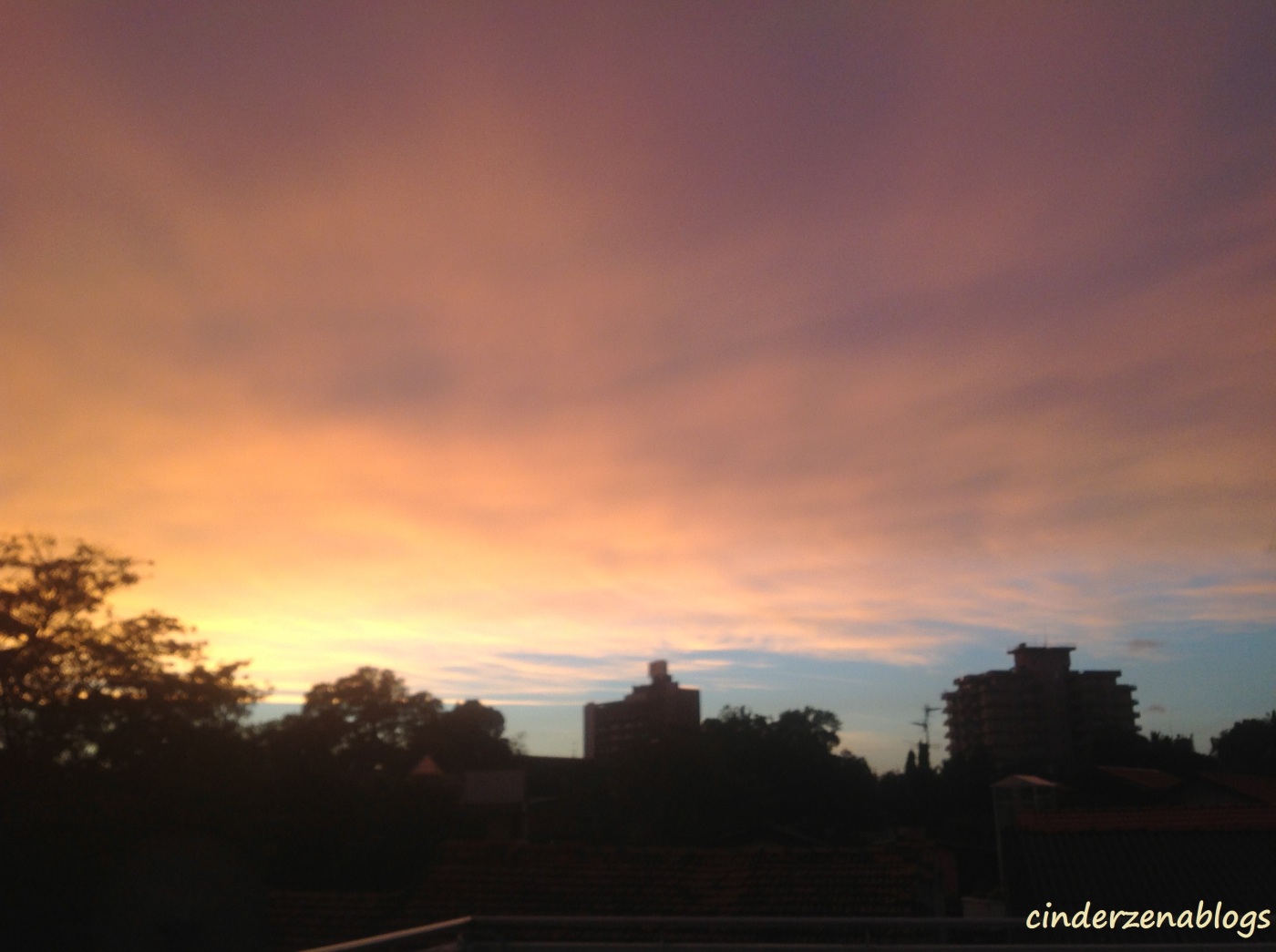 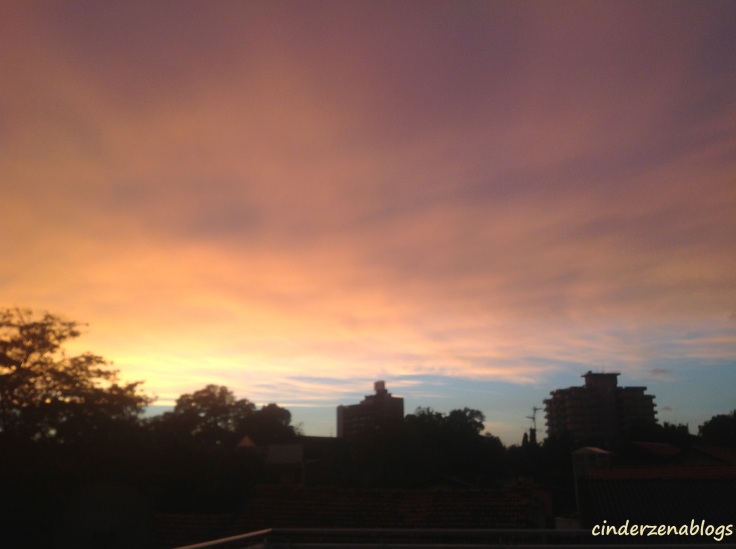 Dusk is setting in. The rays of the sun recede before our very eyes and like a curtain, night is being drawn over us, ever so softly. There is darkness heading fast from the east while the west is in a burst of colourful splendour, the yellow, pink, orange and white, putting on its final show of light for the day. With the final spectacle done, we see the glow disappear like  a veil being pulled into a void. A star is dying, and we are all being sucked into the black hole.

What you saw before, you cannot see now.

Suddenly, we are in darkness.

Hope you liked the view from my roof, and nope  I didn’t hurt myself getting up there!

It was such a beautiful sunset, the beach is just down the same direction except prolly 6 kms away. On a really good day I swear I can smell the sea! ^_^