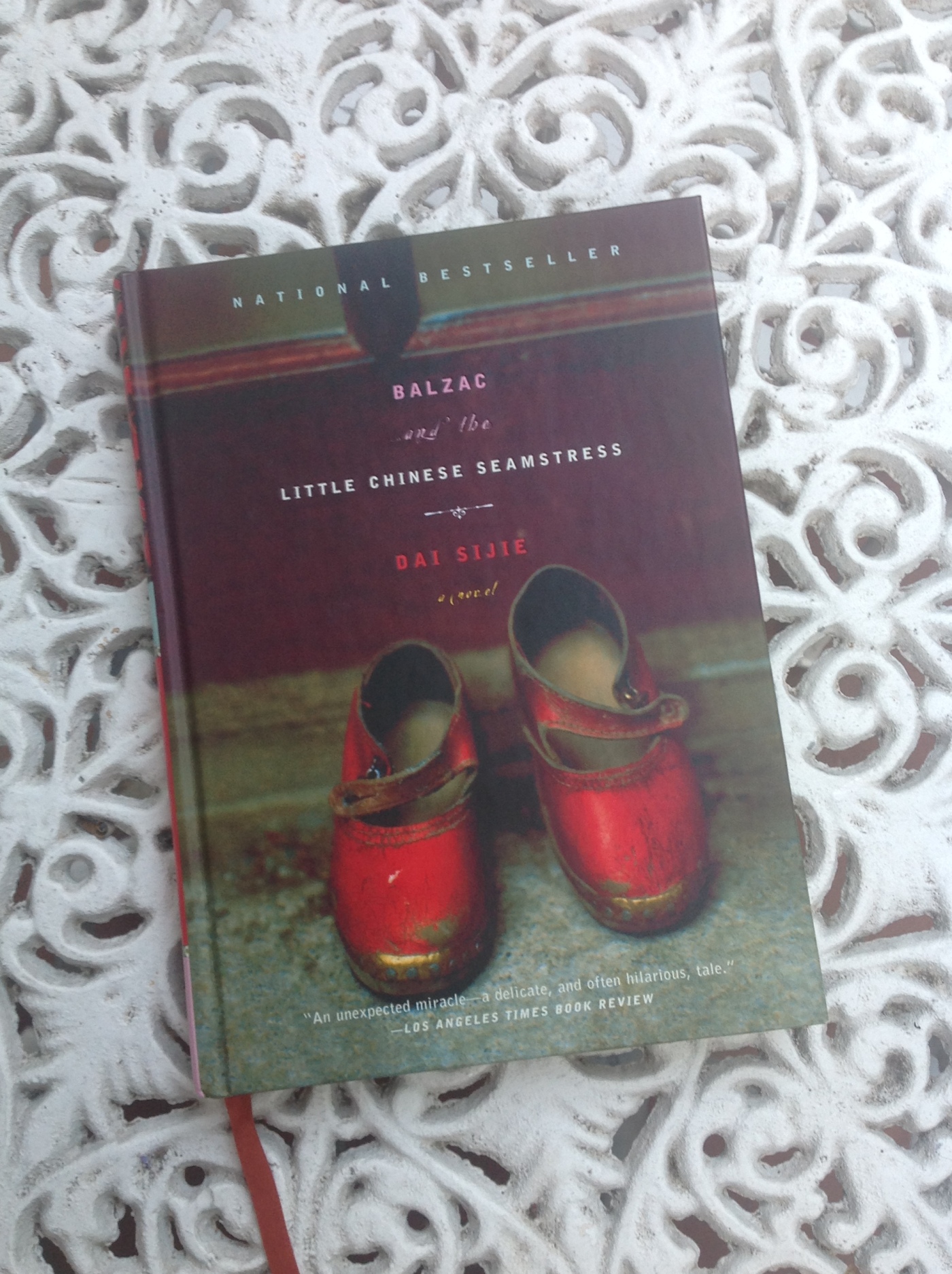 In this enchanting tale about the magic of reading and the wonder of romantic awakening, two hapless city boys are exiled to a remote mountain village for reeducation during China’s infamous Cultural Revolution. There they meet the daughter of the local tailor and discover a hidden stash of Western classics in Chinese translation. As they flirt with the seamstress and secretly devour these banned works, they find transit from their grim surroundings to worlds they never imagined. – Goodreads

I found this book while browsing around at a Costco when I was in America last year, and have finally gotten around to reviewing it. I picked it up because the cover beckoned to me from afar and was delighted to find that the blurb was also pretty intriguing. As I hadn’t read any books based in China I thought this might as well be a sign for me to start.

The story is set in the re-education era that took place under the Maoist regime in China. I recalled the Maoist regime and small parts of the re-education from history class in school but as this was ages ago, this book in a way served as my own re-education of the Chinese history due to the abundance of detail put into explaining how it worked and what its effects on the common people were. Sijie himself was re-educated and later moved to France where he wrote this book.

The story felt like a fleeting glimpse into this era, a microcosm of the change taking place nationwide. I love how poetic the story feels, and how beautifully the scenes are painted for our imagination. It gives off a magical feel to the actions of the characters, with the petite little seamstress spinning/ knitting away while the antics the boys get up to keep us entertained and on edge throughout the book.

Something that I loved about this story is the ode it gave to authors and stories from the West. Balzac clearly plays a vital role in the story as we see the characters being spellbound by his works. Interestingly the West now took the place of magic and awe, just like the East was the subject of “the Other/ The Orient ” in western literature. In addition, this book is also a translation from French to English.

I related much with the three young characters love for books, and was excited by their quest to unwind the tales and adventures that these books contained. These were outlets to another world that the government was trying to deprive them of, but they kept them hidden and read in them secrecy. Books for them were a sacred commodity that they smuggled for their own pleasure.  Just imagine someone taking away all the books you owned and BURNING them!! Yes burning.  The horror. Which is exactly why this book will be endearing to those of us who hold books near and dear to our hearts~~

Emotions are also high and volatile. Flirtation is abound, and the pangs of unrequited young love made me smile. Though the story builds up beautifully I felt like I was left hanging after all the trouble they had gone through. In a way though, the end is fittingly bittersweet and very far thinking on the part of the Little Seamstress.

If you have read this book please let me know how you liked it? If not, please do give it a try. I’d love to know of any similar recommendations as well!

One thought on “Review: Balzac and the Little Chinese Seamstress by Dai Sijie”