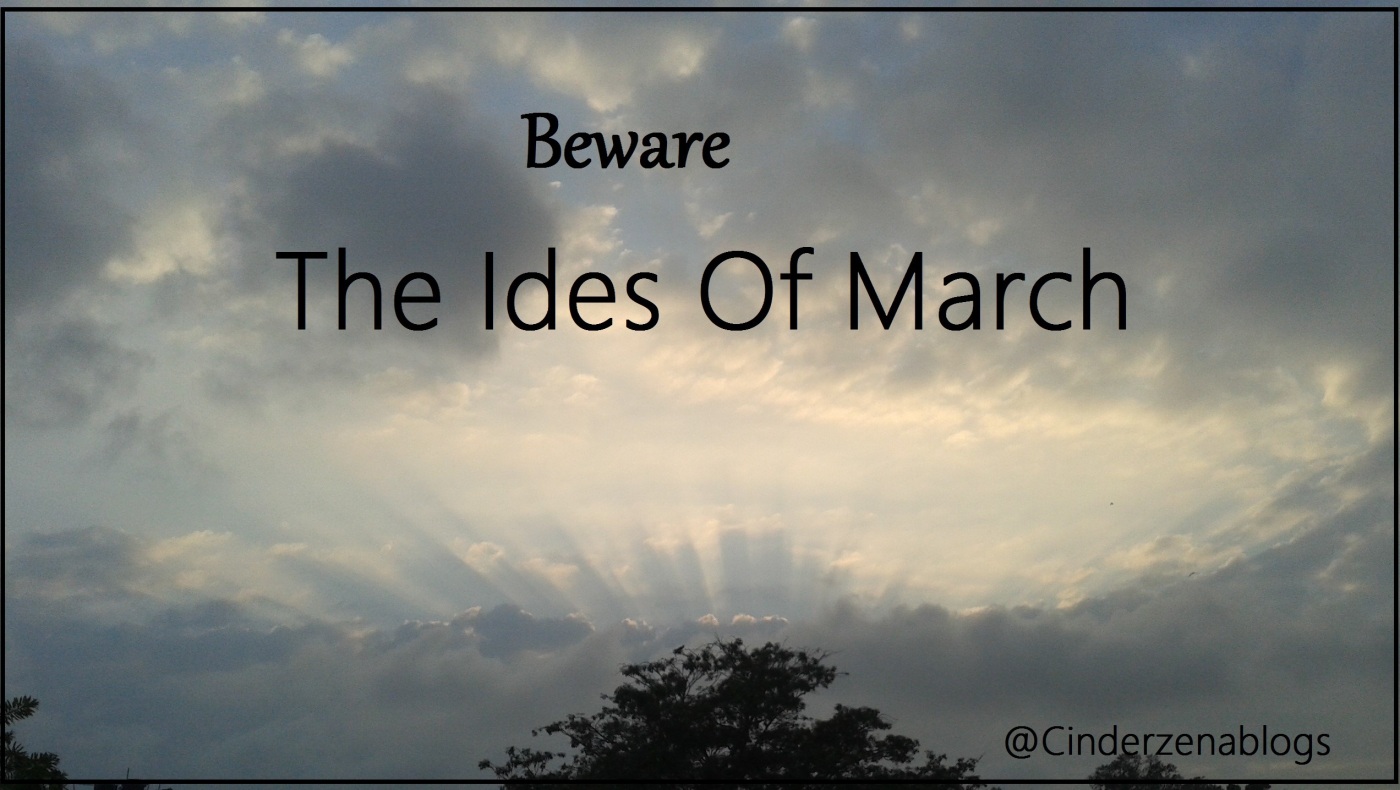 Me friends, I bid thee :

On this day great Caesar fell.

On this day did he not heed his wife’s requests to stay home.

On this day did he not heed the evident omens when the slaughtered animal was missing a beating heart.

On this day did his most loved one stab him, his beating heart, his body pierced in 23 places, a bloody Capitol that day, but a new Rome. Aye! A mighty emperor gone.

Like I said before, Beware the Ides of March! Keep extra cautious, it is the day envious snakes strike back. Yikes!

The Ides of March is the 15th day of March on the Roman Calendar. It is a day of many religious observances but it is mostly remembered as the day Julius Caesar was assassinated in 44 BC.

If you have heard of the Ides of March, it must probably be through William Shakespeare’s play Julius Caesar (a masterpiece and my favourite of his plays!) In it, a soothsayer bids Caesar to beware the Ides of March, to which he, the normally superstitious Caesar, offhandedly replies “He is a Dreamer, let us leave him.” Fate much?? Days later he is betrayed by his closest friend, Brutus and a whole group of senators gone conspirators! If you haven’t caught up to the play, maybe you should give it a read through today. It has many excellent soliloquys worth a read!

A quote from Caesar himself:

“Cowards die many times before their deaths;
The valiant never taste of death but once.
Of all the wonders that I yet have heard.
It seems to me most strange that men should fear;
Seeing that death, a necessary end,
Will come when it will come.”

4 thoughts on “The Ides Of March”